How to mine Litecoins

I've included here two folders with the necessary files to start mining Litecoins right away. Update 1, 15 December, 2013: If after downloading the file you see it has no extension, append .zip to its name or open it as a .zip file.

If you've never mined Litecoins before, you can follow these steps to test your hardware:

- If you want to mine Litecoins with your GPU, double click on the file "MineWithAMDGPU.bat" from the folder "Mine Litecoins with GPU/AMD" if your graphic card has been manufactured by AMD (Ati). If your card has been made by Nvidia, double click on the file "MineWithNvidiaGPU.bat" from the folder "Mine Litecoins with GPU/Nvidia". If your hardware can handle it, and the miner I've included recognizes correctly the graphical card you've got on your computer, it will begin mining Litecoins for another test worker I've set up at the mining pool POOL-X. It could take minutes before you get a share though. Mining Litecoins with your GPU is the way to go nowadays. There are people who have several graphic cards set up to mine Litecoins at the same time, so it might take you several days to get an entire Litecoin with a single GPU. You can experience how GPU mining works on your card by executing the corresponding file though.

Now that you have tested your hardware and know you can mine Litecoins correctly, you may join a mining pool and change the name of my workers and the URL of POOL-X which you can see if you edit the files "MineWithCPU.bat" and "MineWith(AMD/Nvidia)GPU.bat". Write instead the names of the workers you created on your pool of choice and its URL:port so as you can mine Litecoins for yourself (this URL:port information is given to you when you make an account on a mining pool).

If you want to mine Litecoins solo (it's a possibility if you have VERY good hardware), follow these steps:

- Copy the file "litecoin.conf" provided in this package to your Litecoin working directory (most likely "C:\Users\YOURNAME\AppData\Roaming\Litecoin"). Now navigate to the directory where Litecoin was installed (most likely "C:\Program Files (x86)\Litecoin\") and execute litecoin-qt.exe. Wait until you are fully synchronized with the network.

- Execute the file "SoloMineWithCPU.bat" from the folder "Mine Litecoins with CPU", the file "SoloMineWith(AMD/Nvidia)GPU.bat" from the folder "Mine Litecoins with GPU/(AMD/Nvidia)" or both of them. Your computer resources will begin mining Litecoins. It could take you a LOT of time before you find a full block. Or maybe you are extremely lucky and find one in one minute. It's impossible to know! 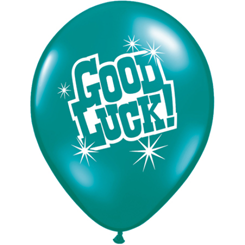 Good luck!
Posted by The Bitcoin Master at 20:09